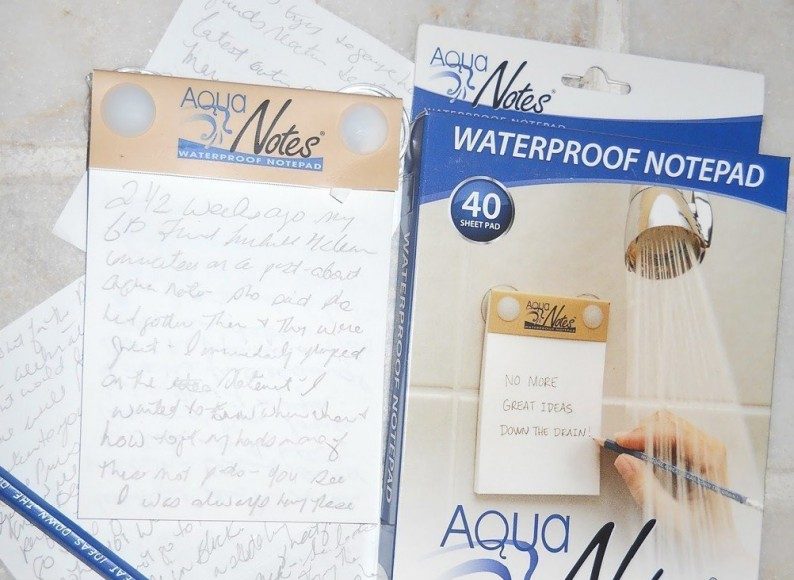 We have all had moments in the shower where we have a great idea, and by the time we get out of the shower we have forgotten the idea (or we have a nagging feeling we are forgetting part of it). The solution is to get out in the middle of showering and writing the idea down, or keeping your phone or tablet near to try to document the idea without getting the device wet. A company called Aqua Notes had an idea to make holding onto those ideas easy with a waterproof notepad that you can use while in the shower.

The Aqua Notes pad is a waterproof note pad that has suction cups built into the pad that attach it to your shower wall. It comes with a standard graphite pencil to write on the pad (the pencil also has a suction cup attachment as well to hold it to the shower wall). There is not really much more to say about it. If you get ideas in the shower that are important and worth documenting then the Aqua Notes pad does the job you need it to do.

Can You Expect The Best From Life?

Slothfulness In Work Will Keep You From Success! Hard, Smart Work IS Required!

Are You Making Sure To Cleave To That Which Is Good?

Can You Expect The Best From Life?

The #1 Consideration That Will Lead To Business Success Or Failure!

Improve Your Selling On Ebay, Amazon, Etsy, Etc. With ResellerMindset.com